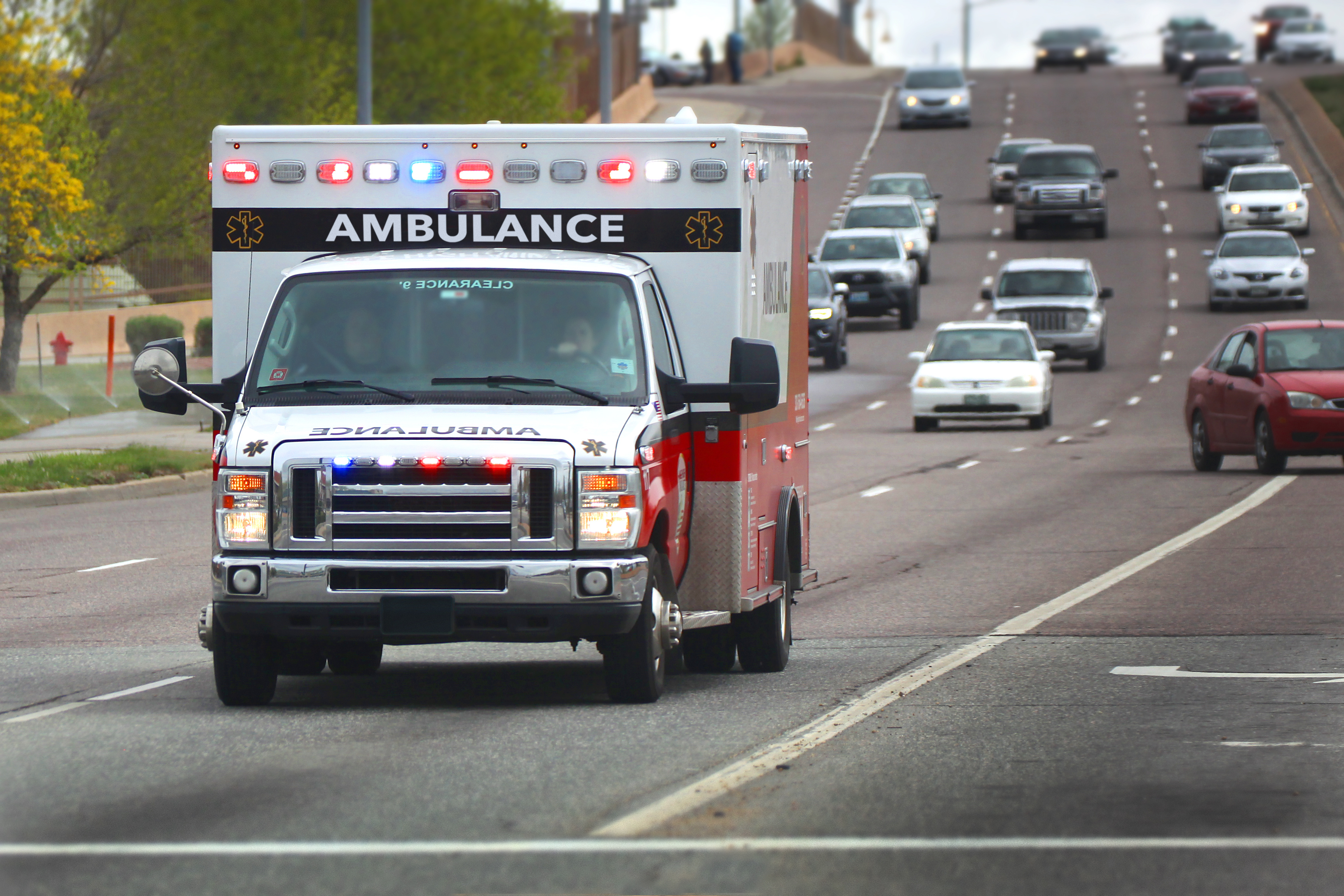 Ambulance design has undoubtedly improved since 1963, when the ambulances of Baltimore could be no more than 54 inches high, because nothing taller would fit in the hospital ambulance bays. Rescue workers couldn’t stand upright, of course, but the height allowed them to brace their backs again the ceiling.

The size of the ambulance has always been a compromise: agility, speed, and economy versus where the vehicle needs to be driven and what it needs to contain. The difficulties of rescue workers in Puerto Rico are a reminder of how much we depend on passable roads and modern communications. The roads an ambulance must traverse can be too narrow, too crowded, or nonexistent, at which point flying ambulances smaller than helicopters may be needed—drones, for instance—or at least ambulances with off-road capability, with 6 wheels or caterpillar treads, like those used occasionally over snow. (These are noisier, slower, and more expensive to run than conventional vehicles.)

The conditions under which an ambulance must function include, of course, more than just the roads. In the 1920s, some urban ambulances were outfitted with medical equipment, fire axes, and submachine guns. They were constructed with boiler-plating and bulletproof glass: The violence and organized crime during Prohibition put first responders in danger. The danger to first responders is now again of concern. EMTs are now wearing bulletproof vests in many places, and—after the Las Vegas shootings—one Louisiana fire department chief has requested a $375,000 “armored ambulance” for use during active-shooter incidents and other emergencies.

Onboard equipment requirements change with time and the invention of new gear, but also with the situation. A medical center in Chicago is trying out mobile stroke-treatment units that carry CT scans, cameras for communication with neurologists, and medication to begin breaking up blood clots. Similarly, ambulances that make long-distance runs, as in rural areas, require more critical care capability, more diagnostic tools, a wider range of drugs, and reliable telemedicine technology than those that are never more than a short distance from a hospital. An urban ambulance may need more agility and less equipment, although the technology currently used in cars that helps prevent crashes may be of value. In 2016, there were about 4,500 vehicle accidents involving ambulances in the U.S.

The sizes of the patients an ambulance must carry affect its design. Infants and small children are sometimes put in car seats held down by bungee cords. On the other end of the size spectrum, ambulances in the U.S. (and Britain) increasingly need “bariatric” ambulances with more interior space, wider doors and stretchers, and, critically, hydraulic or other automated lifts. The needs of the emergency workers and the patients are united here: no one wants the patient to fall and the EMTs want not to injure themselves. Patient comfort while being transported is crucial to patient satisfaction.

The trade-offs remain: one ambulance service may never need—nor be able to afford—the full range of vehicles that are being developed but must make choices based on the needs of their workers and patients.

Don’t just get data, get intelligence. Request a demo today.

Let us show you how this easy, cost-effective solution can help you build a more efficient and effective EMS organization. Access vital information to make smart decisions based on reality, not anecdotal evidence. Discover how other clients are using data collection to improve their organizations on a daily basis and how our system can help you succeed.